On Saturday, May 20th, six cadets from the Independence High School Junior ROTC had the opportunity to board an Air Force C-17 Globemaster cargo jet and fly through the skies of northern Utah and southern Idaho. The flight was the result of an invitation by Lt. Col. Christopher Haines, a Utah native who is currently stationed at Andrus Air Force Base in Oklahoma. As he approaches retirement, he wanted to provide an opportunity for Senior and Junior ROTC cadets to fly on his aircraft and have a conversation with the crew.
The cadets from Independence were joined by Junior ROTC cadets from Utah Military Academy and by Senior ROTC cadets from BYU, UVU, and USU. Each of the cadets from Independence got to visit the flight deck during the flight to watch the crew at work. Although the simulated combat-type flying, with its twists and turns, upset a few stomachs, the cadets had a thoroughly enjoyable and educational experience they’ll never forget. 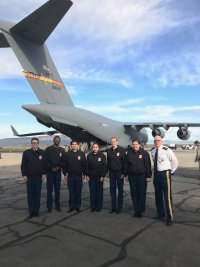 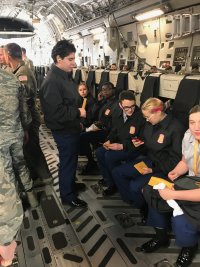 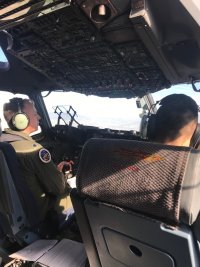 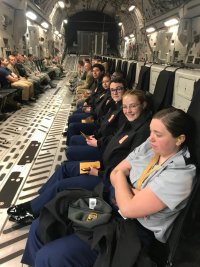 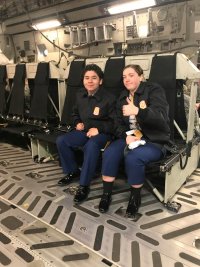