Recently in Brandon’s Earth science class his student’s have been learning about plate tectonics and different plate boundaries. A part of that is understanding hotspots and mantle plumes which is why we have the Hawaiian islands, Yellowstone, and others. They made a model using table cloths, tennis balls, and play-doh to see how it worked. The tennis ball acted as the mantle plume and the table cloth was the ocean crust (tectonic plate). A volcanic island (play-doh) is created on the surface over the mantle plume and then carried away as the plate moves. The volcano becomes inactive but a new volcanic island is formed in its place. Plates also change direction as evidenced by the Hawaiian island chain. So they modeled that by pulling the tablecloth a different direction as well. Students created this model, drew diagrams and answered questions about what is happening, what they learned, and what would happen in the future. 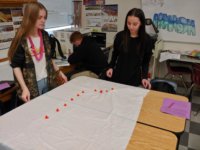 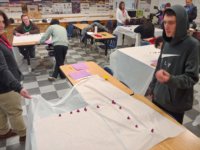 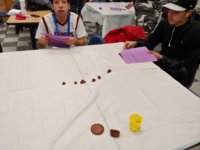 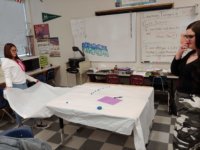 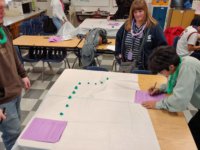